In 1963 I joined the British Army as a boy entrant, and spent the first three years of my military journey, in the wilds on North Wales. Tonfanau (pronounced ton-van-eye), is a small town in Gwynedd, Wales, located by the sea just about 20 miles north of Aberystwyth, where the All Arms Junior Leaders Regiment was stationed. It was here that I was to form some of the most enduring friendships that have lasted my lifetime to date. One of the most important relationships being with a fellow Junior Leader by the name of Terry Friend who joined our platoon in the spring of 1964.

After a grueling couple of years of combined military and academic training, we graduated from ‘boy service’ in July 1965. Then from the rugged rural existence of Camp Tonfanau, we splintered into different Regiments and contact became very infrequent for many years as we made our way through our respective military careers. In 1969 I decided to leave the army and pursue my future as a civilian.

Sometime in 1969/1970, I received a letter from Terry asking if I still played guitar and, if so, would I be interested in taking a look at some of his poetry and working out some songs. Now our boyhood friendship took on a much more serious tone and the ‘van Spyk/Friend’ songwriting partnership was formed.

Terry moved to Letchworth, Hertfordshire in the United Kingdom, in the late Autumn of 1970 so that we could work on our songs together and produce enough material to record a demo record. The idea being that the demo could be used to promote our songs to the music publishing houses and record companies. ‘Going Nowhere‘ was the working title of the project and would consist of ten songs and one poem. The ensemble to perform for the recording would be composed of ‘Ivo Jan van der Werff’, my twelve-year-old cousin, Marion, my girlfriend, and Terry, who played a very minor role in the studio, with the bulk of the work, both vocal and instrumental, being done by myself. We booked the ‘True Sound‘ recording studio in Henlow, Bedfordshire for a 6-hour session on the Easter Saturday of 1971. One song,’When I Was Young’, was added to the track listing as we found we needed a time filler to take full advantage of the total recording time that could be engraved on the acetate disc, and was constructed, more or less, on the run, in the studio! All the songs were recorded in straight takes with none of the embellishments of a modern studio and the four (4) acetates were cut at the end of the session. 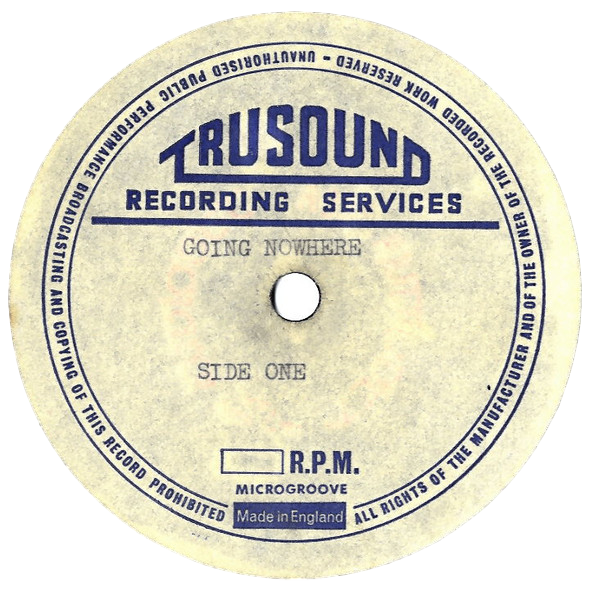 Original Label from the 1971 ‘Acetate’ recording.

As the acetates came with only a flimsy sleeve Terry constructed his own rather basic album cover from a Beatles ‘White Album’ sleeve to house his copy of the Acetate ‘Going Nowhere‘ in. This very same cover showed up and was sold on eBay back in 2013 for $ 127.00

Forty-five years ago this hand made cover looked a lot better than it does now and all the blue tape that holds it together has been added since 1971. We are interested to know if the purchaser of the cover did, in fact, have an original acetate to store in it? As far as I can research there is only one copy of the original ‘Going Nowhere‘ acetate that I cannot account for; that is Terry’s original copy that he sold to a collector sometime over the years. I have read in forums and blogs that there were from three (3) to six (6) original copies but to my recollection we only had four (4) acetates cut. And of the three I can account for, only one (1) that is in ‘near mint’ condition.

After many months of trekking around all the recording companies and music publishers, without much success, other than making new contacts in the music business, Terry decided to move back to ‘Tewkesbury‘ in Gloucestershire, in the United Kingdom. After many side trips to Northern Ireland to visit his girlfriend, Terry became a married man in July of 1973. They rented a farm cottage in the small hamlet of Walton Hill, which was about 5 miles away from ‘Tewkesbury‘. Deep in the heart of the glorious Gloucestershire countryside, this cottage was to play a very important role in the development of our songwriting endeavors, recording plans, and the eventual formation of the ‘Stonefield Tramp‘ band and ‘Tramp Records‘.

We were still passing material back and forth, and creating new songs, despite the distance between our respective homes. After the continuous rebuffs from the Music business, over the past couple of years, I decided to go completely independent of the system and record an album of our best songs. I put the idea to Terry, and he gave it his wholehearted support. Nowadays, of course, this is an everyday occurrence, but forty-five years ago this was quite a revolutionary concept!

Terry and his wife lived the country life in a small cottage and it was here that I was to first meet Brian Balster, the third founding member of the band. Terry had met Brian at his place of work and as their friendship developed, Terry 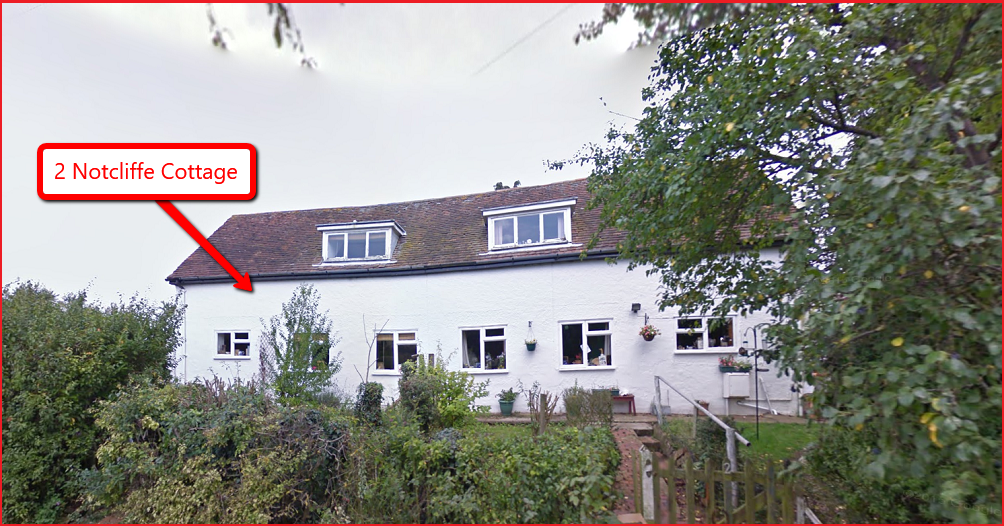 The ‘Cottage’ where we spent our weekends rehearsing.

asked him to join us for our weekend rehearsals. So it was in August/September of 1973 that the three of us would get together every available weekend.  I felt a great connection to Brian and was in awe of his amazing musical abilities as well as his warm personality.  His positive input to the new album project was invaluable and soon our rehearsal weekends were full of constructive practice, great comradery and more than our fair share of the local beer!  Terry’s wife, Jeanette, would prepare meals and generally cater to our well being during many of these weekends and I can remember feeling a little sorry for her as all the focus was on ‘music’ and not on having a socially good time. 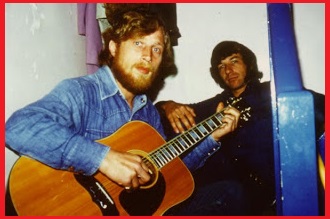 During these pleasant days, the plan to produce our own limited edition vinyl album changed from just an idea to a fully developed plan.  All we needed now was to take action.

Studio time was booked at ‘Colin Sanders‘ recording studio, ‘Acorn Studios’ in ‘Stonesfield‘, Oxfordshire, over the Easter period of 1974. As I remember Terry booked a four-hour block for us to complete the recording in, at the princely cost of £4.00 per hour for a grand total of £16.00. 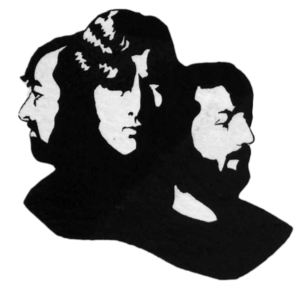 . . . and develop the cover artwork for the album sleeve. And a budget of £350.00 – £400.00 was allotted for the total project. Of course, the rehearsal weekends at the ‘The Cottage‘ were still religiously attended and enjoyed. 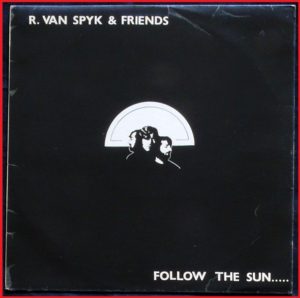 Brian, Terry and I made our way to Stonesfield on the Easter Saturday in 1974 and completed the session with all the tracks being recorded in straight takes. We had the good fortune to have the late ‘Colin Sanders, CBE‘, the owner of ‘Acorn Studios‘ and founder of the ‘Solid State Logic Corporation‘ perform as the recording engineer for the session. We then placed the order for two hundred (200) 180-gram vinyl albums and two hundred and fifty (250) printed sleeves and inner sleeves. The first sales of ‘R. van Spyk & Friends‘ album ‘Follow the Sun‘ were made on 14th. April 1974. 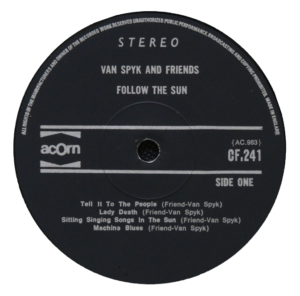 Acorn Records album label for Side One 1974

We were well pleased with our first commercial endeavor as a ‘record label’, having learned a great deal, made a lot of contacts and finally, had managed to come in under our budget. Looking back on the project we made two major errors and they were:

1) To allow the record to be published on the ‘Acorn’ record label and not on our own. For this reason, we had no control over the album ‘Master’ disks (Acetates)‘. Over the years we have tried to locate the acetates or a set of master pressing plates but have not had any success.

2: We should have booked more studio time to allow for better ‘takes’ of the songs; four (4) hours was really not enough time even though we were well rehearsed.

Our rehearsals at ‘The Cottage‘ came to an end for the present and Terry and I had to resort to a long distance partnership for a while. 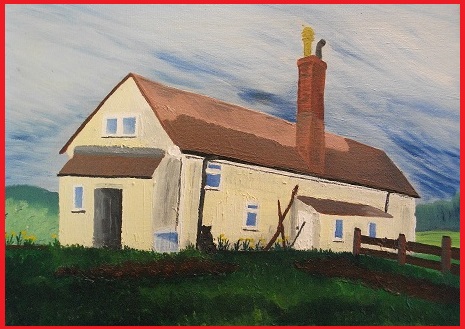 Everybody was pretty enthused after the project was finished so it was not long before we reached the conclusion to commence working on releasing another album. And so work began on the ‘Dreaming Again’ project. 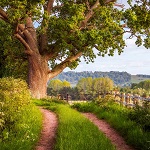 The track ‘Summer Time’ was recorded in 2008 during one of the reunion sessions after a thirty-three-year hiatus. If you listen to the end of the recording, at the 3: 00-minute mark ‘Eggy’ Richwood, our drummer, has a few words to say . . . .

Thanks for being here.